Hybrid halide perovskites promise to be next generation semiconductor materials with comparable carrier dynamics to silicon but much lower costs to synthesize. However, existing literatures are mostly focused polycrystalline thin films, whose defects would degrade carrier transport properties, or bulk single-crystals, which may be great for fundamental studies but incompatible for device integration. The holy grail is to synthesize single-crystal thin films. To that end, the challenges are the lack of a suitable epitaxial substrate and the incompatibility with conventional microfabrication. We overcame these challenges by inventing a protocol for epitaxially growing hybrid halide perovskite single-crystal thin films. We were able to control their location, geometry, composition, and strain. 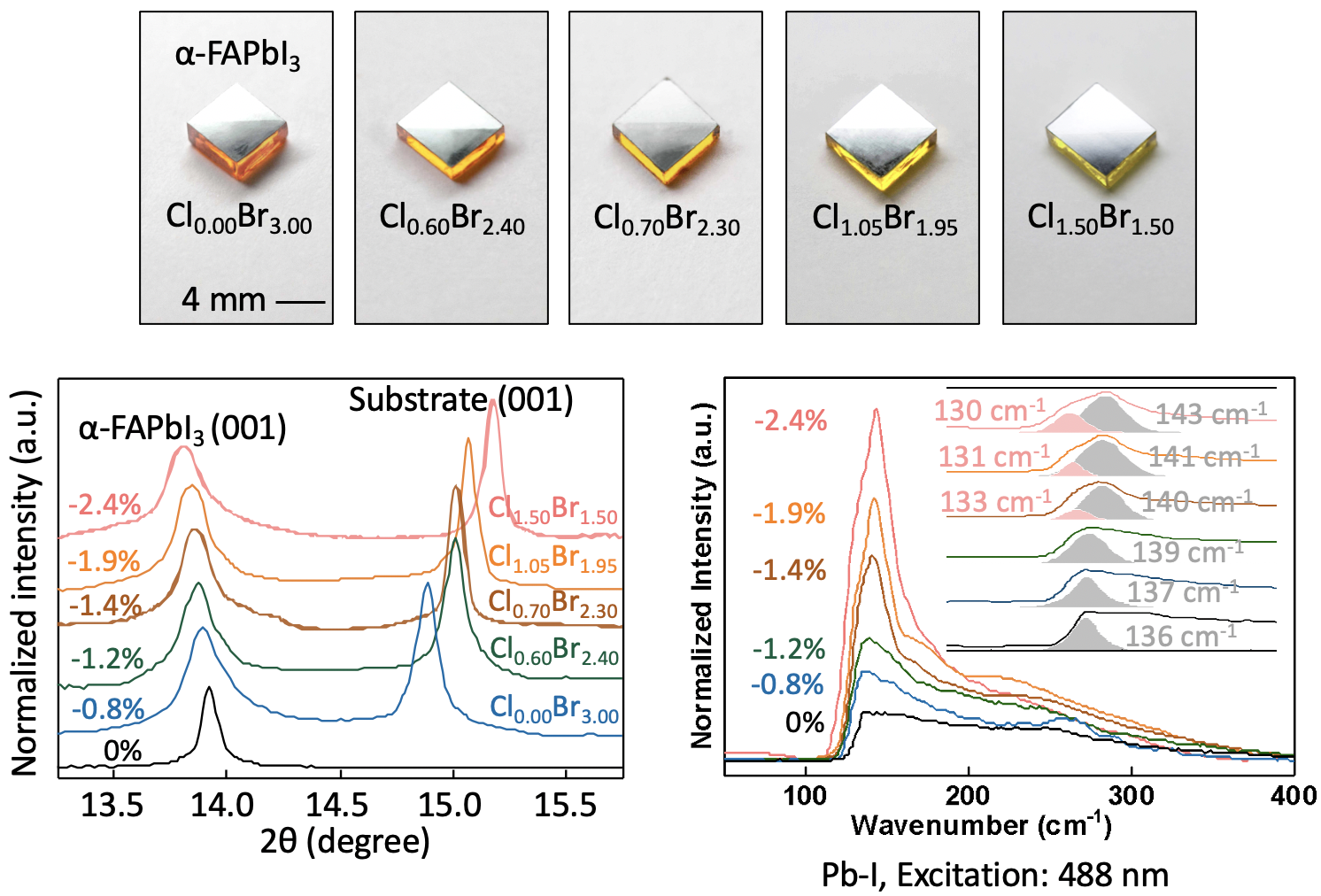 We used those perovskite single-crystal thin films to develop different optoelectronic devices. For example, we used a patterned array of cubes to build light emitting diodes. We grew an array of pyramids, which mitigates light reflection on the device surface, and used it to build high-sensitivity optical detectors. With a gradient composition along its thickness direction, the thin film shows a graded bandgap, which facilitates carrier separation and collection. By engineering the composition and thus the lattice constants of the epitaxial substrate, the single-crystal thin film could embed strain. We created ~2.4% compressive strain in FAPbI3 thin film, which substantially increased hole mobility. Particularly, we used strained two-dimensional perovskite to fabricate a solar cell, whose open-circuit voltage is larger than what’s allowed by the Schottky-Queisser limit. This result has been certified by Newport. 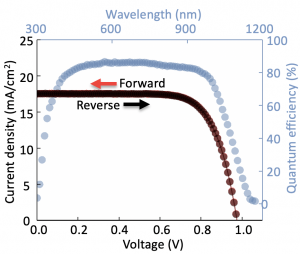